Meet Beau, today's Heart Warrior! This little guy was born the day of the 2017 Solar Eclipse and then just days later experienced Hurricane Harvey. That's a lot of excitement in just a few days of life!

We can all relate to the day we found out that this “CHD” life existed. Our stories may be different, but we ALL have that day forever etched into our memories.
The day we found out about our son’s congenital heart defect started on the table of our 18-week anatomy ultrasound. I can remember thinking that the day couldn’t come soon enough so we can see our baby boy again.. The last time we saw him, it was at 7 weeks gestation and confirming we were indeed going to be first time parents with the little peanut. (That’s what he looked like from the first ultrasound)
Everything seemed normal (or as normal as a first time mom could have imagined). Baby wasn’t cooperating so the ultrasound tech had me chug a Capri Sun (GROSS) so that baby could be more active and move into a better position. She had me flipping from side to side in hopes that she could get a better picture, but she had zero luck, so she asked for the help of another technician… (Still didn’t register that something was wrong)... After some time passed and the second technician was “unsuccessful”, the doctor walked in and all of the sudden the room felt extremely small. I remember reaching for my husband’s hand and thinking does it really take 3 professionals to get this baby to cooperate?? Then I could hear their lingo… words and terms I couldn’t understand and that’s when I knew something wasn’t right, and I looked over at my husband and I could tell he was feeling the exact same way that I was... I tried denying it over and over in my head because I felt like if I let it feel wrong, it would indeed BE wrong… And then the Doctor asked, “Do congenital heart defects run in your family?”… My whole body sank into the bed and I remember that room closing in on me. From there on out, I don’t remember much of what the Doctor was saying. Talks of Amniocentesis were thrown around and the likelihood this baby could have a genetic syndrome. (Talk about double whammy)
He handed us a few handouts on what he thought it could be and gave us a referral for a second opinion to Children’s Memorial Hermann… He wanted me to come back later that day for an Amniocentesis, but after hearing about the risks, I couldn’t make that decision right then and there. We needed time.
After two days, we had our referral appointment, where they diagnosed our baby with HLHS. Something just didn’t feel right to us. Maybe it was the many times the word “termination” or “comfort care” were thrown around, but I won’t go into detail. We knew we needed another opinion.
We decided to go forth with the Amnio, for no reason other than we felt like we wanted to prepare as much as possible. What was supposed to feel like an “ant bite” ended up being worse than childbirth! We received the final report, and they told us that our baby boy had 42 “beautiful” chromosomes. And that’s when I realized I could focus solely on our son’s isolated heart defect.
That night, I found a Facebook group for CHD’s. I decided I wanted to ask which hospital the Houston area families seek care. 30 responses… 29 said Texas Children’s... Little did I know, I had just received advice from a fellow Shone’s Complex mom on what would become my little beacon of hope. (By the way, I was one of the responses urging her to come to TCH!)
I called the next day asking (more like demanding) for a referral to Texas Children’s Hospital. And that is where our official journey starts. 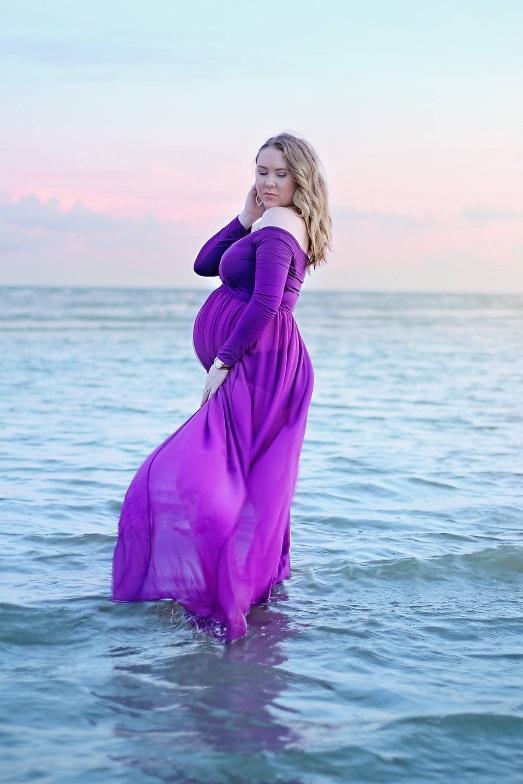 Our appointment immediately started off with a tour of the hospital and exactly how things would go down the day of baby’s arrival. (This answered so many questions!) After our echocardiogram, we met with Dr. Kalen who gave us an official diagnosis of Shone’s Complex. Which is on the spectrum of HLHS in terms of the possibility of needing the same 3 open heart surgeries if, at birth, babies heart doesn’t seem adequate to remain normal anatomy. However, there was hope that Beau (he finally had a name!) could stay bi-ventricle. We knew at a minimum he would need AT LEAST one open heart surgery to correct his Coarctation of the Aorta. So we decided to transfer our care to TCH!
Do you remember that little beacon of hope I spoke about? Well, it was confirmed. Dr. Kalen was able to refer me to Dr. Morris who is over an ongoing Chronic Maternal Oxygen Therapy within TCH. (https://youtu.be/1TSD-dfJOXY)
The thought is that by giving oxygen to the mother, would aid in the increase blood flow and oxygen to the baby in hopes that the improved flow to the left side would aid in growth.


Dr. Morris agreed we were candidates for the study!
So from 26 weeks gestation, I was on 4 Liters of oxygen via nasal cannula 24/7.
Even as inconvenient as it was, it was the only thing that I could do for our son.
I wore it as MUCH as possible. It did get easier, but the questions did not. I did not go out in public, I went to and from work only. I had many questions from coworkers as to why I was on oxygen. And to avoid the looks that we are ALL too aware of and the many questions that couldn’t be answered, I told them that I was a part of a study that wanted to see what benefits oxygen can do for the baby. I just avoided the issue about the heart.


Beau was born on the Solar Eclipse (8/21/18) and just days before Hurricane Harvey struck devastation in both my hometown of Corpus Christi and our current little city of Dickinson, Tx.
We decided that upon discharge that my husband and I were going to take shelter at the hospital, we didn’t want to risk not being able to get to Beau. 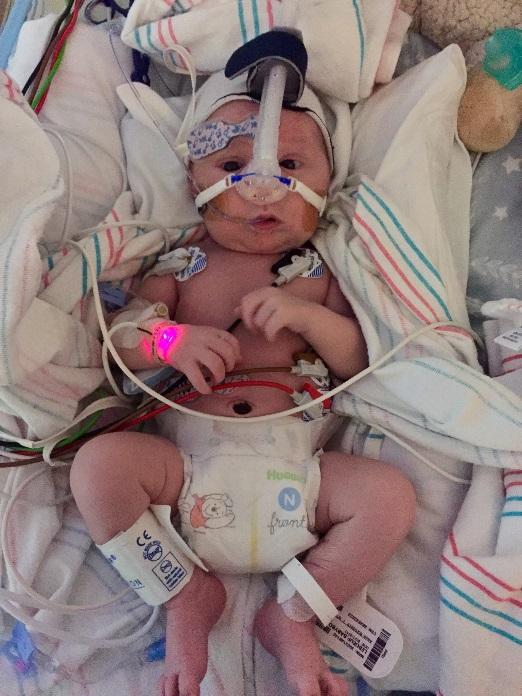 During all of this, Beau ended up contracting a central line infection that later turned into presumed Meningitis. This pushed back our surgery another 10 days. He had a sudden fit of SVT that frightened us when all of a sudden the crash carts and all staff are bedside to help get the heart rate down.


Beau had his Intracardiac Exploratory Surgery by Dr. Mery on 9/5/18 at just 15 days old. Dr. Mery needed to physically measure Beau’s Mitral Valve to determine if his left ventricle was usable or if he would need the Norwood Procedure. The Mitral Valve measured just enough but needed some manipulation (valvuloplasty) to help open the papillary muscles from the outside wall. An arch advancement was done to correct his Coarctation of the Aorta. Then they closed him up! (Did my little beacon of hope work? Did his left side grow with oxygen therapy? I like to think it did!)
Everything went wonderfully but little did I know, the next week would be the hardest of them all. 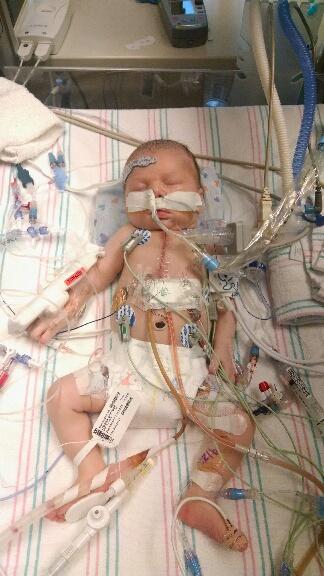 Post-surgery, Beau had an Acute Kidney Injury that had to be treated. He also had a hard time coming off the Ventilator due to some bloody secretions and constant atelectasis playing musical chairs in his lungs. Finally, one week post op, the breathing tube came out and it felt like the road to recovery finally got easier.
They moved us down to 15 and within one week, and a lot of back and forth with feeds, we were finally going home! Beau was 6 weeks old upon discharge, and boy were we mixed with emotions as first-time parents. The excitement of finally getting to feel like a “normal” family was quickly overcome by fear when you realize you know longer have monitors to warn you when something is wrong. 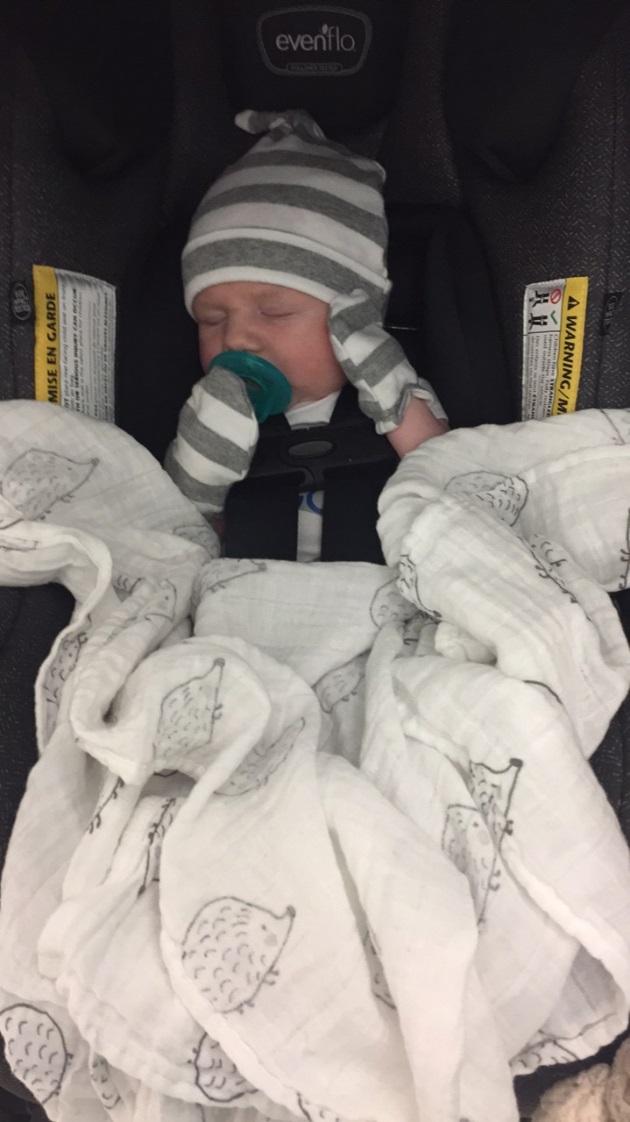 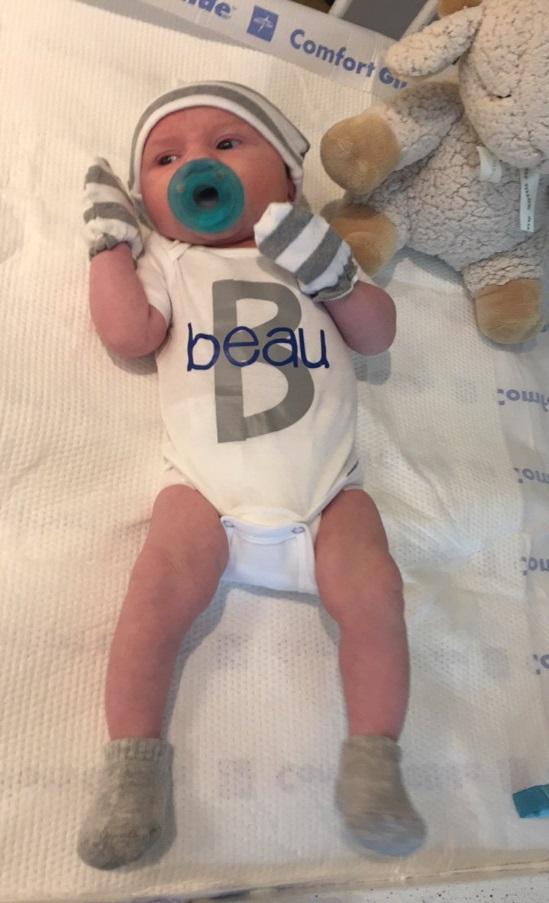 I never know how to respond when people tell me how much they admire our strength throughout this journey of ours. The only thing I can mutter out is that our strength feeds from these resilient little babies fighting for their life. It is a feeling you cannot explain but would give the world to trade places with them.


The greatest moment was the realization that God gave us this little boy for a reason. Not because we did anything wrong, but because we will find the strength to persevere. And that’s what we did. Staying bedside every step of the way so we can advocate for him. Singing, talking, and touching him the entire time so he knows we are there while taking it day by day. Never let your praying knees get lazy. Enjoy every day, don’t live in fear. That’s the advice I would give. 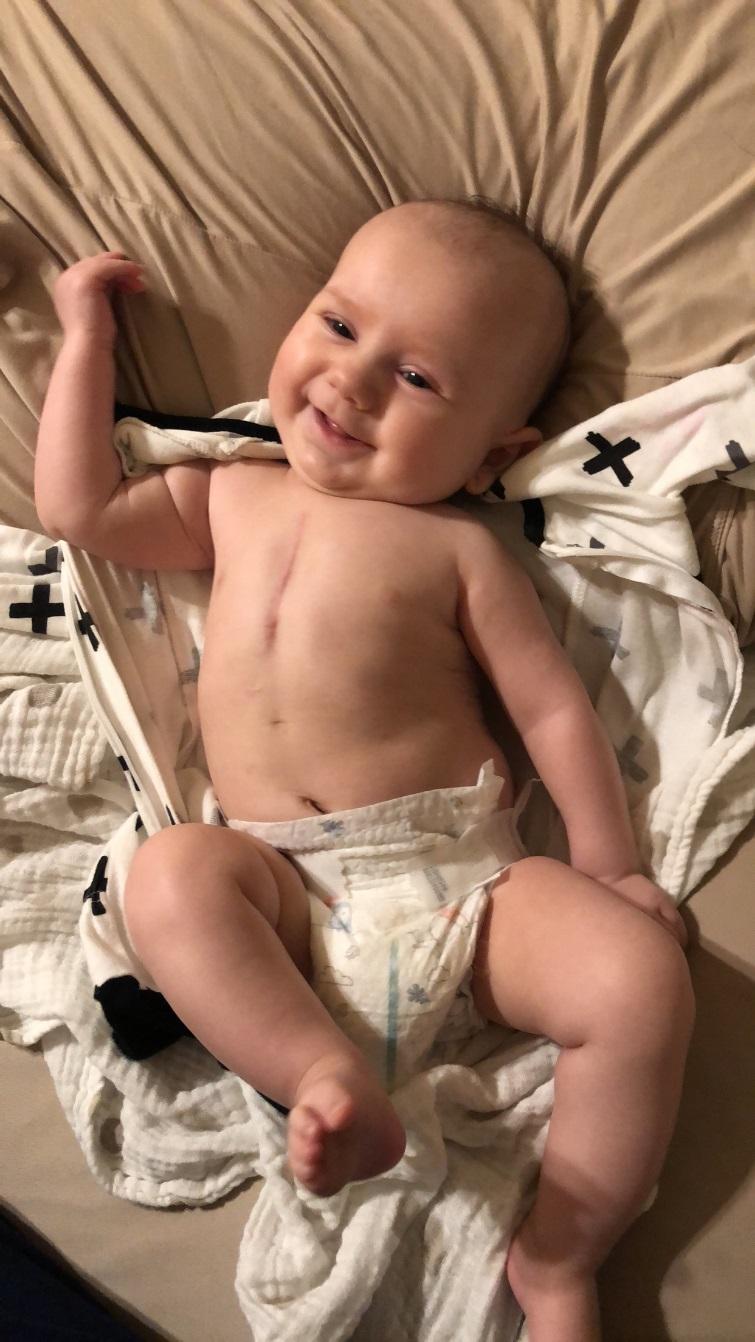