Today's Heart Warrior is Greyson! I swear I stopped breathing when I read this story for the first time. So many emotions! 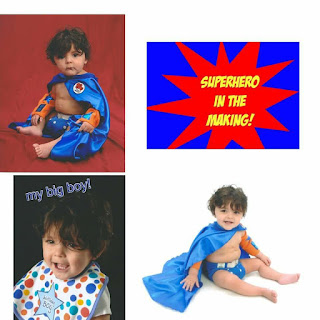 It was my usual plan.  Go to the hospital, be induced, have a baby.   This was number 3 so not anything unusual.  I had been to all doctor’s appointments, had all ultrasounds, seen the perinatologist.  Life was cruising along.   So on August 3rd, 2011, I headed out to Methodist Sugar Land to have a baby.

At 4:02 Greyson joined the world.
He was quiet.  Blue but scored well on his APGAR.    Newborn fussy.  Spitting up with feeds, but his sisters did the same.  Pediatrician checked him out, and low and behold he had the sounds of mild murmur.  Just like his siblings, no big surprise.

Due to medications I had to take during pregnancy, we had to stay 48 hrs.  24 hrs after delivery, we move to a non delivery room to be monitored before discharge.  He was taken for a quick echo before circumcision to make sure murmur was just that.  Mom was getting her first real food, (dad had gone for pickup).  One hour turned into two hours, nurses said he was being bathed in nursery. Two hours turned into 3 hours, no one had answers as to why he wasn’t back.

One spoonful into my meal. The phone rings.  Pediatrician. The dreaded phone.  “There is something wrong with his heart, we are transporting him to Texas Children’s. “  Life stopped.  I don’t even remember breathing.  All I remember is calling nurse to find out how I could leave or I was walking out!

From a baby who was eating and sleeping, to a long walk down the hall to a baby in an incubator on a breathing machine.   I watched my child be loaded into an ambulance not sure what was happening.

I remember throwing stuff in a bag.  I remember signing something and literally running out the door to the car.  Telling my husband to hurry up, he couldn’t be there alone.  11pm at night.

Walking into a place I had never known and will never forget.  Begging the dr we saw for an answer.  Trying to breathe.

The next day, sitting in a rocking chair outside his room, surrounded by 18 doctors, nurses, etc, listening to them discuss my baby.  Hearing words like hypoplastic left heart, coarction, compassionate care, palliative care, transplant, stable, surgery….. Not understanding one word.  August 5th, 2011.  D Day. Diagnosis day.  And my 37th birthday.

And I did the worst thing.  I hit up Dr. Google.   This basically tells you your kid is going to die.

We moved then from PICU to CVICU.  And I’m bleary eyed trying to process as I am surrounded by other newborns in the many stages of surgery and recovery.

We met our cardiologist who I will be eternally grateful to.  He was straight forward, honest, and empathetic.  And I met a heart mom.  My pod mate.  My rock.  I knew there was hope.

Greyson was eventually fully diagnosed as HLHS, COA, and Wolfe Parkinson White.   He flew threw his Norwood with a 12 day stay.  No complications.  He ate like a dream, gained his weight and his Glen was a 4 day stint at 4 months old. 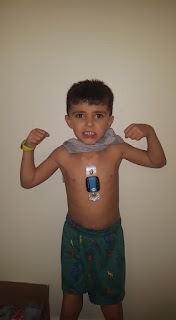 Life moved on.  We normalized.  We became germaphobes.  But he got to do normal kid things.  Preschool at 2 years old. Swimming in summer. Disney World. Hang with mom.  At around 3 years old, my hearty boy started showing signs of needing the Fontan.  We expected it to be the summer when he turned 4.  He had his own plan.   By September of 2013, he was blue more often than not and dropped into 50’s walking down the hall.  O2 at home became the norm.  By November o2 was on more than off.  So Christmas eve 2013, we had the Fontan.  We thought it would be a breeze as he had been atypical in quick recoveries.   Again, not his plan.  The dreaded Pleural effusions and chylus reared their ugly heads.

Jan turned into Feb turned into March.  We had a quick trip home, but came back within 24hrs.

This mom never read so many labels and found ways to feed a kid fat free that he would eat! Even in the hospital.  I found that I could microwave, order, or make something he liked vs the tray that was delivered.   Lollipops, applesauce and gummy bears were our go to’s!

Greyson is now a thriving 6.5 year old first grader who other than running, is your typical first grade boy.  He does swim team and tennis.  He rides bikes and scooters.  He LOVES his Legos!  No developmental delays. He has been diagnosed with severe ADHDH, but his sister is also ADHD.  He is monitored and takes medication and is seeming to thrive. He does have some coordination and balance issue and no endurance, but it doesn’t stop him.

Greyson has two older siblings.  We have had counseling, and find that both can be protective of him although they are just as rough with him as they are with each other.   They also understand the risks.  There have been occasions when someone else has met them after school because Greyson decided we needed an ED field trip for SVT.   It’s tough. But they adapt. And we as parents try and make it all work as normal as possible. 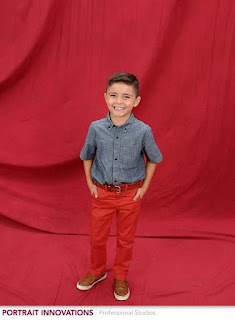 The things I would tell new parents to the heart world are:
Thrive and live in the good.
Look for the positive, expect the negative and find your niche somewhere in the middle.
Speak up. Research.
Lean on others.
Accept help.
Allow yourself to grieve sometimes, the normal that you expected.
Don’t compare your journey to others, because no two are the same, EVER!
Talk to others.
And love your kiddo fiercely and deeply.
1in100 CHD CHD awareness COA HLHS hypoplastic left heart syndrome TCH Texas Childrens Hospital