Berry Apple Pie for the 4th of July! 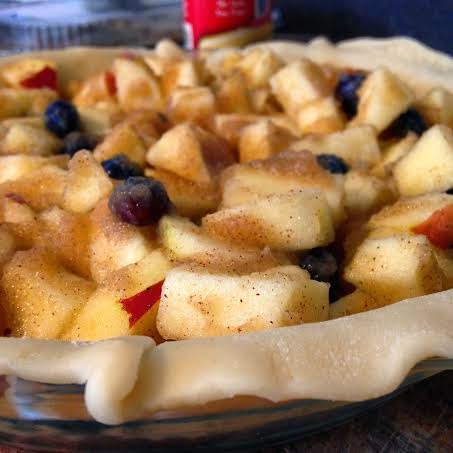 Last night I posted this teaser picture on Instagram. I just knew this pie was going to be scrumptious! 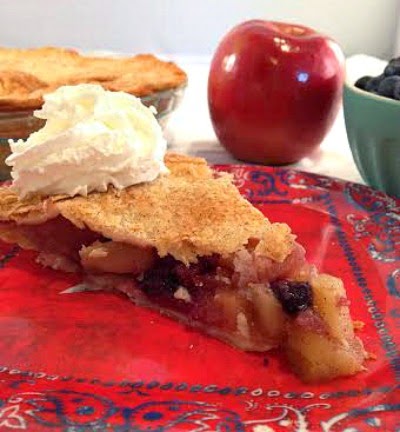 I love the simplicity of this pie- no added sugar, super quick to throw together, and loaded with good for you fruit! The apples steam in unsweetened applesauce, the berries burst open leaving streaks of blue, and the cinnamon ties everything together. I will never make the traditional apple pie filling again after having apple pie like this! 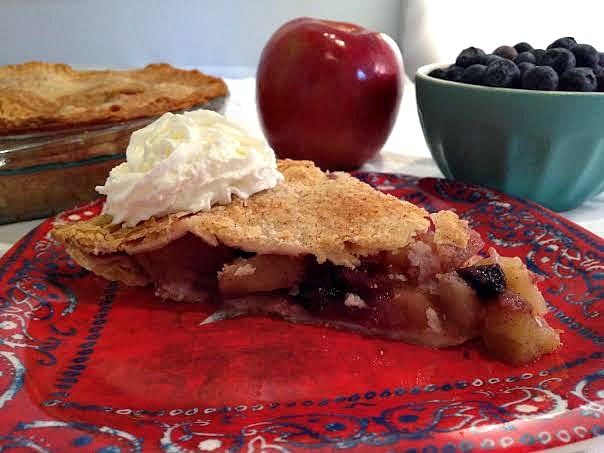 This pie still tastes like you're indulging when really, each slice of pie is around 250 calories (without the whipped cream). Apples and blueberries are easy to find this time of year, and a pre-made store bought pie crust makes this pie easy to anyone to bake!

This year we'll be at the State Tournament for Kickball down in Corpus Christi, Texas on the 4th of July. Hopefully we'll get to see some great fireworks! Tell me, what are your plans?

Pre-heat oven as per the box directions (mine said 425*)
Unroll one of the crusts and press into a glass pie dish.
Roughly peel and chop the apples and toss them with the applesauce, blueberries, and cinnamon in a bowl.
Fill the pie dish with apple-berry mixture and top with second pie crust. Use a fork to pinch the pie crust edges together. Brush the top of the pie with melted butter and sprinkle with cinnamon-sugar if you wish. Pierce the top of the pie with a fork a few times to allow steam to escape.
Bake for about 30 minutes, keeping an eye on the edges of the crust. (ovens will vary!)
Remove pie from the oven and allow to cool for aprx 20 minutes before cutting and serving.
Enjoy!