January 25, 2012
Technically this is a Quinoa-n-Cheese recipe seeing as there is no actual "Mac" in it.... but "Quinoa-n-Cheese" just doesn't have the right ring to it, you know?


I've been so ADD today


I currently have 6 tabs open on my browser window. Pinterest, Facebook, Blogger, Gmail, GoogleMusic (Adele's 21 album) The World's Healthiest Foods.
This is what I do after work on my "rest" days.
And today is a much needed rest day because I took my friend Rachel to Camp Gladiator last night and I may or may not be walking funny today...... I also may or may not have almost face planted in the middle of the hallway and cafeteria today at work because I got a charlie horse...... good times. (yea, two separate times because I am that cool)


First let me just tell you that while Quinoa (Keen-Wah) is actually a seed, it is considered a "whole grain"- score. It is related to just tasties as beets, chard, and spinach. Most likely you'll see a yellow-ish brown color seed, but they also come in orange, pink, purple, red and black! Nutritionally speaking, Quinoa is not only high in protein, but it's a complete protein which means that it contains all nine essential amino acids (used for muscle growth and maintenance). It is also high in magnesium which is good news for migraine sufferers like myself because magnesium is a mineral that helps relax blood vessels.
*Fun Fact* Quinoa comes from the Andean Mountain region of South America and it was once illegal for South American Indians to grow Quinoa.
Quinoa was first cultivated in the 1980's here in North America and has been growing in popularity ever since. 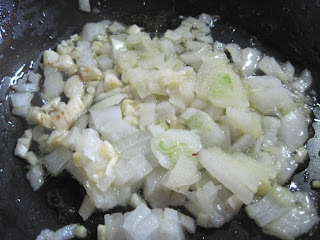 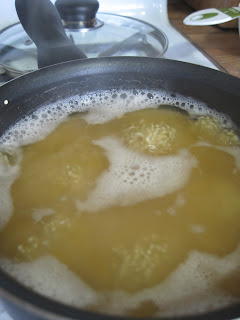 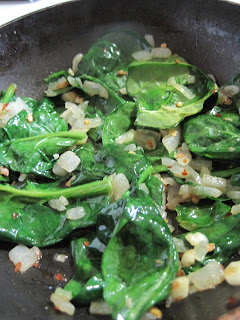 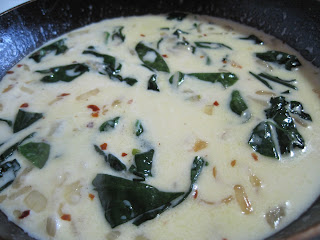 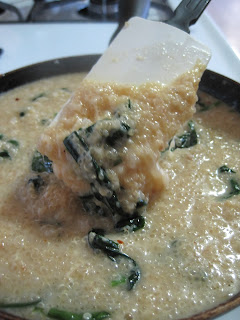 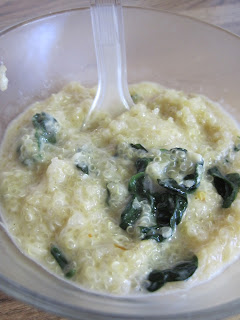 Combine stock, water and Quinoa in a small sauce pot. Bring to a boil and then lower heat to simmer for 15 mins. While simmering, saute garlic and onion in evoo in a small pan until soft. Add red pepper flakes and spinach to the garlic and onions- saute until spinach is wilted. Transfer mixture to another bowl.
Once Quinoa has simmered and all liquid has been absorbed fluff it with a fork and set aside.
Combine milk and cheese in the sauce pan and stir on low heat until cheese is melted. Combine the spinach mixture with the cheese, once they are completely combined pour the cheese/spinach mixture over the Quinoa and stir to combine. Serve hot with a little shredded parmesean on top.
dinner lunch mac-n-cheese quinoa whole grains